RPGFan Games of the Year 2022: Best Animal or Mascot Character 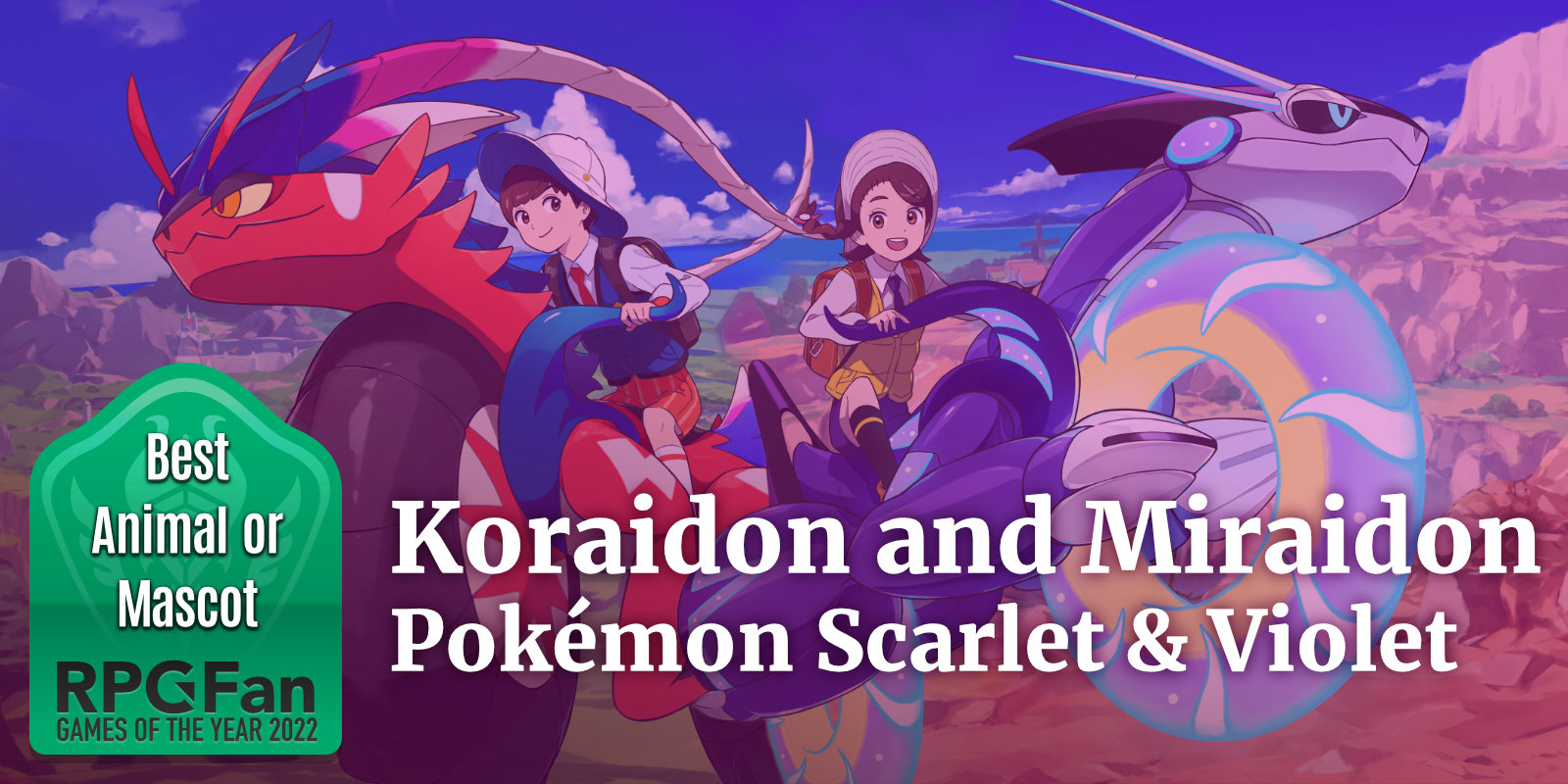 How do you get around a massive region filled with seemingly insurmountable mountains and vast rivers? With a little help from your treasured friends, of course. Instead of delegating the box art legendary Pokémon to post-Gym-seven trophies, Pokémon Scarlet‘s Koraidon and Pokémon Violet‘s Miraidon are supportive companions throughout your journey. Pokémon Scarlet & Violet place Trainers on the backs of motorcycle versions of their respective mascots to help them navigate the expansive Paldea region, but they don’t start off at full power: like any well-rounded character, the dragon-cycles grow throughout the story. The dragons’ connection to Arven, and their restoration of strength alongside Arven’s own partner Pokémon, further cements them as full-fledged characters in their own right. While their mascot legendary predecessors have nostalgia, competitive strength, and sometimes even fascinating lore on their sides, Koraidon and Miraidon bring genuine companionship to the table, firmly cementing them as worthy additions to the series’s pantheon of epic mascots.

The Nopon have had a place in the heart of the Xenoblade Chronicles series from the beginning. We’ve had the great heropon Riki, the young and cowardly Tatsu, and…well, Tora. But arguably the best mascot Nopon characters of them all is quite possibly the darling duo of Riku and Manana from Xenoblade Chronicles 3. You do not really get to know them or hear from them until two or three chapters into the game, but once you listen to them, you never want them to stop! Riku is a serious blacksmith, while Manana is a bubbling burst of energy obsessed with eating and cooking the best meals. Together they make this wonderful foil, but at the same time, they are learning from each other.

Runner-Up: Zeit (The Legend of Heroes: Trails from Zero)