RPGFan Games of the Year 2022: Best Unconventional or Hybrid RPG 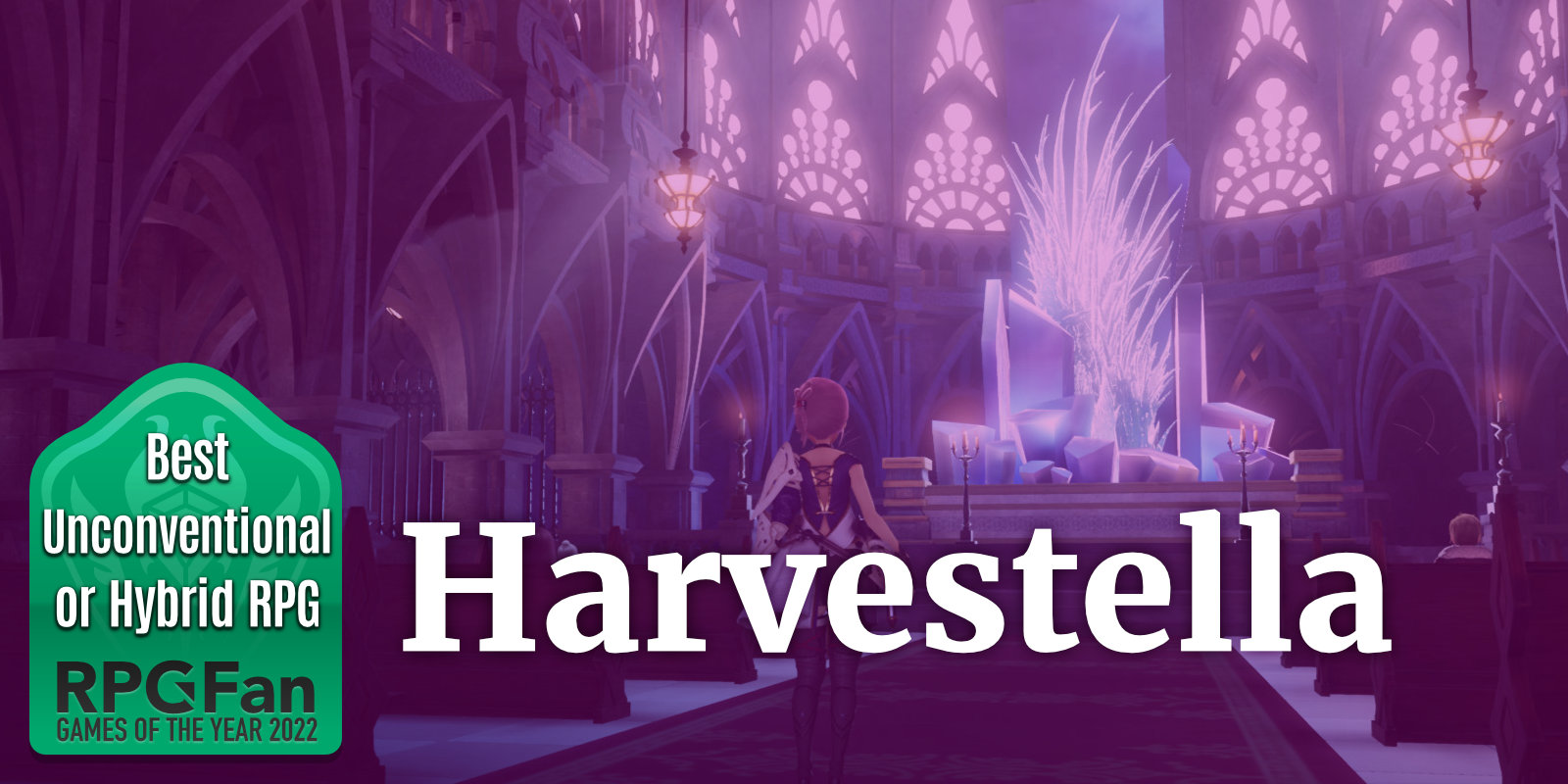 During a time of many farming sim games, Harvestella is a sleeper hit. The game combines the typical farming sim formula of growing crops and raising livestock with an epic action RPG experience you would expect from Square Enix. As per RPG tradition, your silent protagonist begins as an amnesiac. Your farm, which is a huge source of your income, isn’t bestowed upon you from a dead relative per farming sim norms; you are just given the land by the village that finds you. The farming is but a pin drop in a cast of fascinating characters and a plot that grows more and more intriguing as the game progresses. And yet the character quests and side quests are an addictive respite from the main story. If you haven’t given Harvestella a look yet, please do yourself a favor and check it out.

It takes major gumption to take some creative leaps with a beloved franchise, and that is precisely what the developers of the long-awaited Digimon Survive did this year. Perhaps the SRPG/Visual Novel hybrid title doesn’t always hit solid ground with its innovative leaps, but it certainly tries and that in-and-of-itself is commendable! In the game, tactical RPG combat is married with a surprisingly mature and darker story for the series, complete with a choice system that majorly impacts the tale and certain Digimon evolutions. Digimon Survive is a surprising game that builds on itself as it progresses, and I hope that its creative direction is explored even further in one of my favorite monster-taming series.