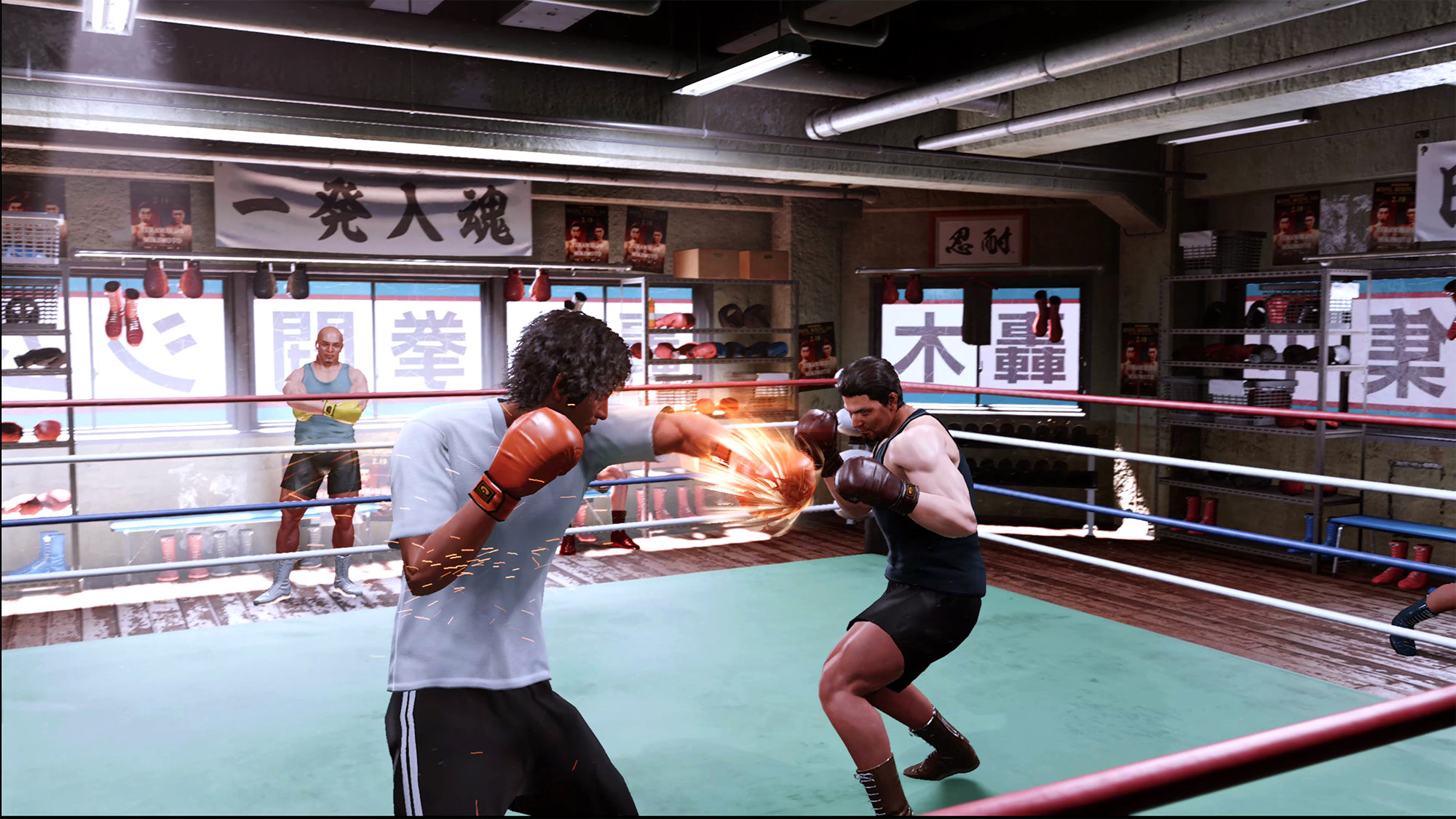 I’ve been doing some sword training in my backyard. You know, practicing katas and the like. (Translator’s note: “kata” means “form.”) Trouble is, I live in an apartment complex so my backyard is everybody else’s backyard. So I’m standing around swinging a training weapon at dawn and dusk, I’m over 30 years old, I may or may not be wearing a faded Mass Effect t-shirt. You know, everything about me looks nerdy with a slight hint of “this man may be dangerous.”

Anyway, I looked at the back of a soda can for the first time in years. It was a specialty brand, a local flavor. Usually, the sugar content in this stuff is between, like, 70% of your daily recommended intake (if you’re lucky) and 90% (if you’re unlucky). Somebody out there is very, very unlucky, because this thing’s marked at 120%. I realize health doesn’t entirely work this way or anything, but if it were simply a matter of mathematics, you’d guzzle this can down in under a minute and then subtract a fifth of your recommended limit from tomorrow. That’s incredible.

Here are some upcoming RPGs.

We’re winding backward a handful of days to draw special attention to the surprise release of Deltarune Chapter 2. The next phase of this ambitious multipart Undertale pseudo-sequel arrives just shy of three years after its first chapter, promising to deliver another heaping helping of Toby Fox’s quirky dialogue, stylish sprites, and why-didn’t-anybody-warn-me-this-would-happen heart-shattering moments. Make sure you’ve gone to sleep in your bed at the end of Chapter 1 so that your save file carries over into this continuing adventure.

Deltarune Chapter 1 is on not just PC and Mac but PS4 and Switch as well; right now there’s no ETA on when Chapter 2 will join it but we’ll be sure to let you know when that happens.

Remember how, like, The Legend of Dragoon did that thing where turn-based battles were the norm but you had to time attacks in order to execute special combos? Well, Guild of Ascension is almost nothing like that, but I wanted to namedrop The Legend of Dragoon so here we are. What Guild of Ascension does is build upon the isometric RPG formula by pepping up combat with those aforementioned combos. And the isometric gameplay isn’t your garden variety Final Fantasy Tactics nod — you’ve got a few free seconds per turn to move about before it’s time to get into position and knock the stuffing out of monsters. Can you climb the Tower to its very top in this rogue-lite tactical title? There’s only one way to find out.

Unless there are other ways I haven’t thought of yet. I doubt it?

Do you want to be an alchemist? Does the word “Atelier” do nothing for you? Perhaps Potion Craft: Alchemist Simulator, entering Early Access this very week, is more to your taste. You can deal with doubtful wives in medieval manuscripts on a mission to get their husbands back to work. You can be a noble artisan, a greedy weasel (not literally, I think?), an occult dark master, or whatever else floats your goat. The game sells itself primarily on how realistic and hands-on its alchemy process is built to be, earning it the “Alchemist Simulator” portion of its name. I really recommend seeing Potion Craft in action via the Steam page; a screenshot alone doesn’t do justice to something this nifty.

Here’s what I firmly understand about the Grisaia Trigger series. It’s on Steam. It’s gradually being ported to Nintendo Switch. I wrote about another entry making the jump this past January. It’s definitely a visual novel, the cast seems rightfully eclectic, and the women, in particular, are primed to blurt out alarmingly calm phrases concerning murderous intentions. In Grisaia Phantom Trigger 06, the gang visits the grave of an old friend who, evidently, was as vicious as she was pure. I’m not sure what that means. Is she my cat? The mystery of this young woman’s passing is central to the plot. Hey, the artwork’s gorgeous, too! I should get around to playing these.

I want the above pic, exactly as-is, on an extra-large t-shirt.

Have you heard about Pokémon UNITE, the new MOBA that launched on Switch and is now coming to mobile devices? It’s like… Pokémon, but in MOBA form. It’s made by Tencent, AKA the biggest name in the industry. It’s what happens when The Pokémon Company wants to dominate streamer culture and introduces, like, five different currency types, as is a tradition among free-to-play experiences. (Fun fact: if I were writing this article for a more corporate-minded site, the SEO would red-flag me for beginning three consecutive sentences with the same word.) [Editor’s Note: Well, now that you mention it, I can’t not see it… but I’ll allow it this once.]

If I sound overly harsh, I’ll own that. I’ve got friends who really like the game, so I shouldn’t sound so sour! I guess I’m just not a huge fan of what this game is going for. It’s not so much that it’s a MOBA (though admittedly, they’re not my scene!). I’ve heard that the pay-to-win aspects are pretty obnoxious, is all, or at least they were at launch on Switch a couple of months back. Hopefully, that gets ironed out over time, but I’m always a bit side-eye at the fact that it seems like these games launch with this problem and get scaled back over time “per player feedback.” Come on, now! You knew what the feedback would be.

Let me at least end this on a positive note. Late in each match, there’s a Zapdos spawn, and knocking him out is worth a ton of points. I like to imagine Zapdos is some kind of sadomasochistic mascot for Pokémon UNITE who agrees to get the stuffing kicked out of him day after day for the promise of a wealthy retirement on some electromagnetic fantasy island.

Hmph. Curse that Kakarot. First, he gets an entire big-budget action RPG about himself. Then he has the gall to moderately impress Alana Hagues. As if to add insult to injury, he mocks me, Vegeta, the Prince of All Saiyans, with multiple DLCs. And now, because he can’t leave well enough alone, his game is coming to Nintendo Switch, the very system that my son, Trunks, plays with when he isn’t training (what a weakling who’s nothing like his father).

The only thing bigger than Kakarot’s audacity is his idiocy. Like anybody is going to purchase Dragon Ball Z Kakarot for Switch, even if it does come pre-packaged with all of the DLCs.

So what if you can fish? Who cares about cooking? My Bulma can fish, cook, and invent time machines capable of playing a key role in saving the universe. Dragon Ball Z Kakarot means nothing to me, which is why I have already pre-ordered my copy so that I can train, and train, and train some more, and create the kind of fictional Kakarot that the real Kakarot merely wishes he could rival.

This is it, right? This has to be it. This is the biggest new RPG coming this week. This is Lost Judgment, the sequel to Judgment, itself a spinoff from the excellent Yakuza franchise. It’s also really, really good. If Caitlin’s review, and plenty of other reviews out in the wild, are in any way indicative of Lost Judgment (spoiler, they clearly are) then I hope this nonsense with Johnny’s gets resolved ASAP.

Yakuza: Like a Dragon ensnared RPG diehards by transforming the time-tested beat-em-up formula into a turn-based affair. Future installments will hold firm to that transformation, but Lost Judgment (and any potential sequels) sticks to the more action-oriented approach akin to the first game and pre-Like a Dragon titles in the Yakuza series. It also tells a dark and captivating story with complex characters and the wild minigames and side quests we’ve come to expect.

And meet again we shall. For “RPGs Coming Next Week.”

Except we won’t call it “Next Week.”

Because it won’t be “Next Week” anymore.

Because it will be the new week.

I drank that soda and it’s starting to show. [Editor’s Note: WHY DO THIS TO YOURSELF? DO WE NEED TO HAVE A TALK?]